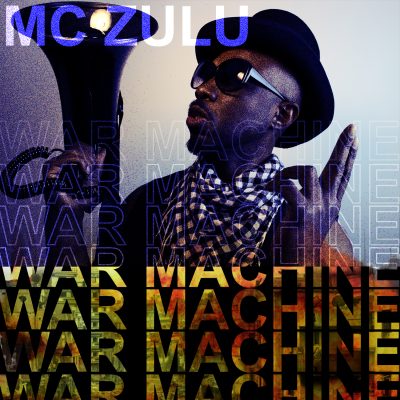 MC ZULU teams with Russia’s Global Bass ambassador Chuck Upbeat for an absolutely volatile Dancehall banger. War Machine blends the current news of the day with a serious dancefloor ethic. The final result allows you to feel the palpable frustration of the populace on all sides of a seemingly endless tug of war. Citizens worldwide are being held at the mercy of their respective states’ “War Machines”. FULL E.P. IN STORES May 30, 2017 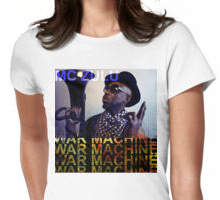 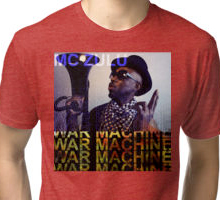 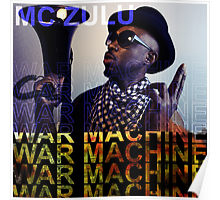 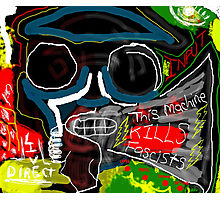 Over the past decade, Chicago based Reggae artist MC ZULU has helped to establish a certain paradigm of global collaborations. He combines his vocals with the work of producers from around the world who, though they may not make Reggae in the strictest sense, create within the post-Dancehall musical sphere. The result is an assortment of digital compositions which have been at the forefront of several established subgenres. The influence of these subgenres can be felt daily within mainstream culture.

“This Machine Kills Fascists”. Never one to withhold his opinion, MC ZULU is also known for the addition of controversial symbolism to his work. In the case of his latest EP “War Machine” a poignant, yet comedic line borrowed from the guitar of Folk artist Woodie Guthrie punctuates the ending. Social commentary is a habit which Zulu believes led to his web presence being hacked.  “It almost sounds crazy, but when you see a notification telling you ‘This site has been hacked’, there’s no questioning it.” he says. “You can either take it as accidental or malicious. Since many blog files were erased from the server, I have a pretty good idea of which.”

War Machine combines MC ZULU’s signature, gruff vocal style with the aural havoc wreaked by Moscow’s Chuck Upbeat. Upbeat is gaining a following throughout Europe and Asia. He has released material via the popular Portuguese label “Enchufada”, and also partnered with China’s Howie Lee to help bring about the “Oriental Bass” sound. In keeping with Reggae/Dancehall traditions many of these subgenres are driven by lower frequencies and drums. The innovative aspect is when producers around the world combine their indigenous instrumentation to produce truly groundbreaking sonic experiments. This phenomenon (known as Global Bass) has been meticulously detailed on blogs like Generation Bass and Mad Decent throughout the years.

The lyrical aspect of “War Machine” places MC ZULU as both antagonist and protagonist. He answers himself as commentator and informer. The difference between the two is expressed with alternating intensity. “It’s important to show both sides of the present argument.” he says, referencing some of the more unbridled political discussions currently taking place. These discussions have threatened lifelong friendships and cast complete strangers as enemies.

The addition of Guthrie’s poignant catch phrase “This Machine Kills Fascists” is less of a political statement and more of an intellectual call to arms. Zulu sees the role of the artist as one who “brings order to confusion, and confusion to order”. “I always try to balance the equation. That gives all of us the chance to gain perspective. It’s tough during times like this though. In times of war, everyone is at war.”