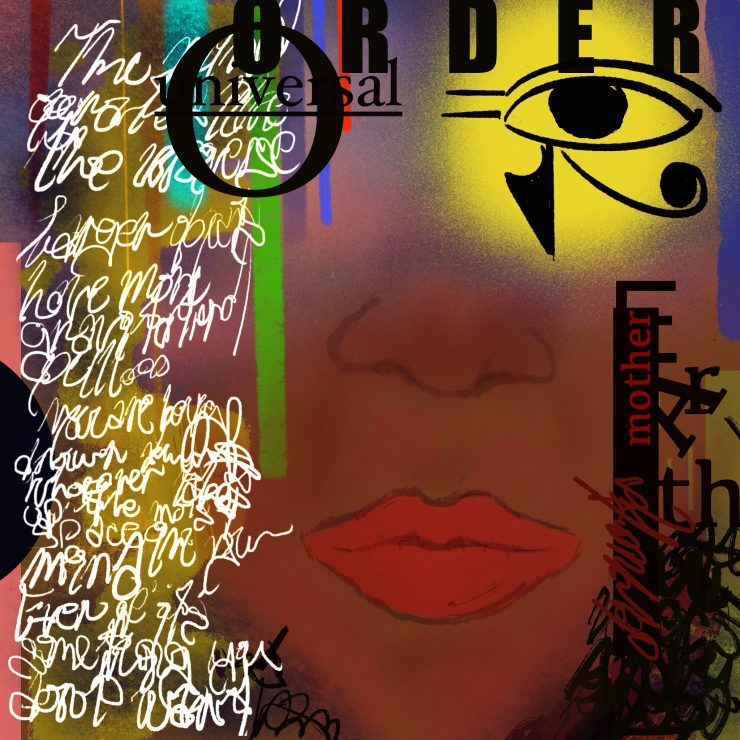 The mind operates like the universe. Larger objects have more gravitational pull.

You are being drawn right now towards whatever takes up the most space in your mind…. even if it’s something you don’t want.

Discussion with longtime collaborator BIONIK regarding the changing structure of modern music.
Business of Music is a Facebook group for young, up & coming talent. You might need to be logged into Facebook to see this.
https://www.facebook.com/watch/live/?v=684810382406134&ref=watch_permalink 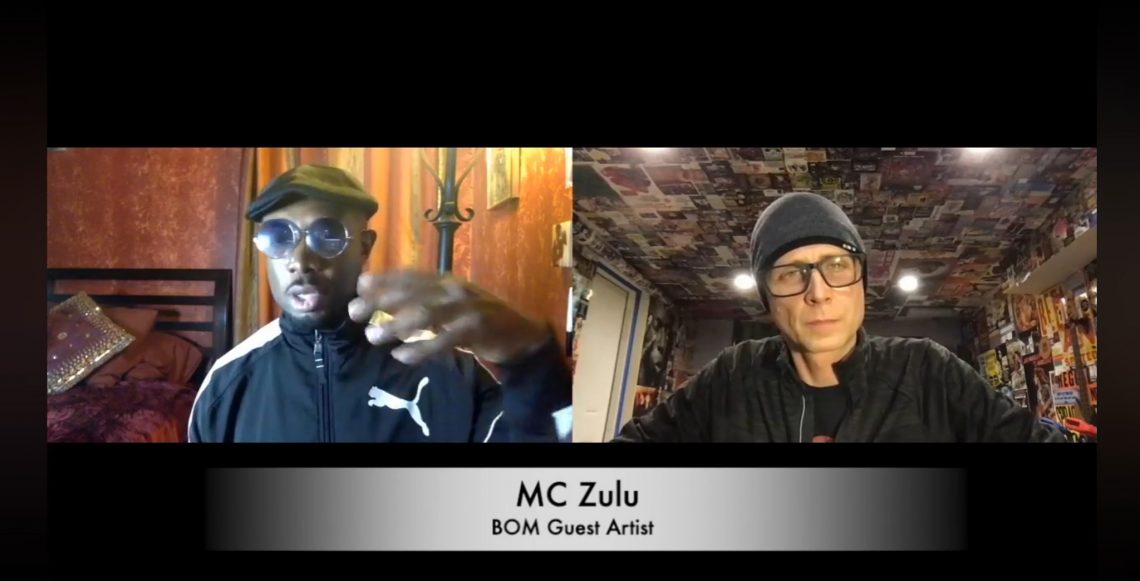 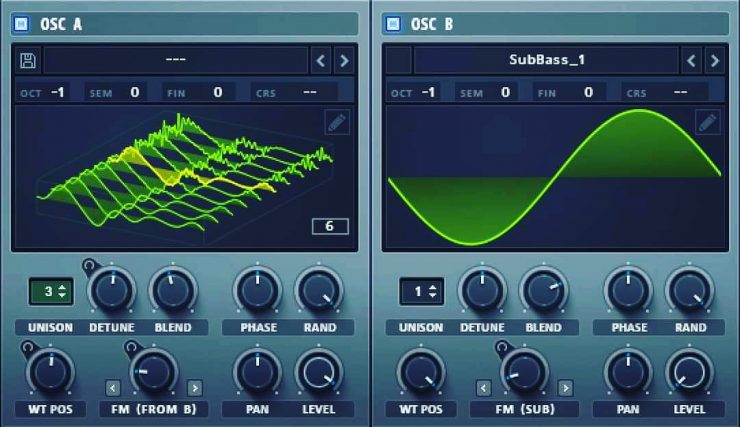 The 2D picture is flat like an ekg. It could be the same sound but, without the representation of depth, you lose a certain perspective.

What I have been saying with these updates is that we are trained to look at things from only the 2D perspective….. Left vs. Right. (or Red vs. Blue). That’s the same thing as racial profiling, man-splaining or any of the other toxic mindsets plaguing society. You really think the answers are simple because from your 2D point of view… they are.

I am not telling people who to vote for or which “side” to choose…. but you MUST NOT take a 2 Dimensional perspective into a voting booth! THAT is why we have such political upheaval and are stuck in a 2 party system.

There is a whole other view (3D) that people seldom discuss or consider. This is where you’ll find someone’s motivations. It gives you more to go on. You will also be able to look beyond the choices that are presented.

TRUTH is never 2D. We need to know WHY people are doing things, what drives their decisions. Then we can predict their actions or the probable result of their efforts.

That’s what a vote is after all.

WARNING: You might find that your vote really means very little……………. Then what will you do, continue to blame your friends? Or will you see how we are all being played?

At least once you understand that, society’s “divide and conquer” strategies will no longer work on you. 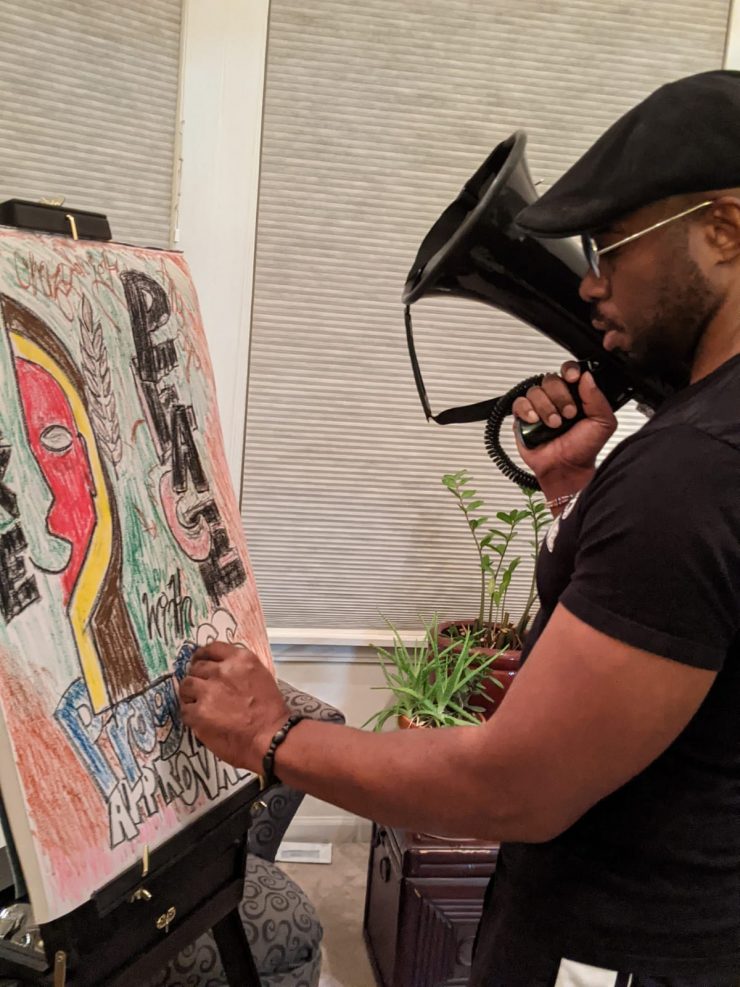 Next edition of the megaphone self-portrait series…Starting with oil pastel on sketch paper, then moving eventually to acrylic on canvas. I’m not at all deterred by the overall lack of sophistication 🙂 I’m fully convinced that by the time I make the next 100 they will be really good. 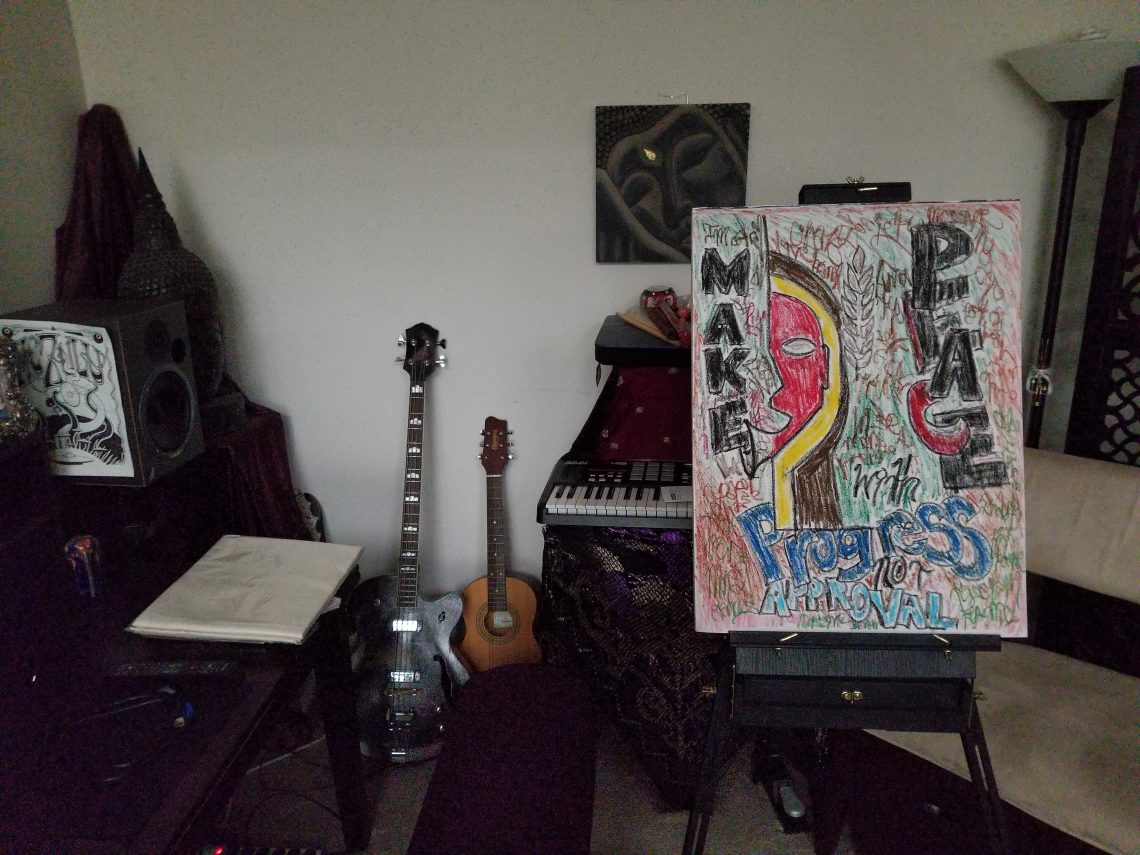 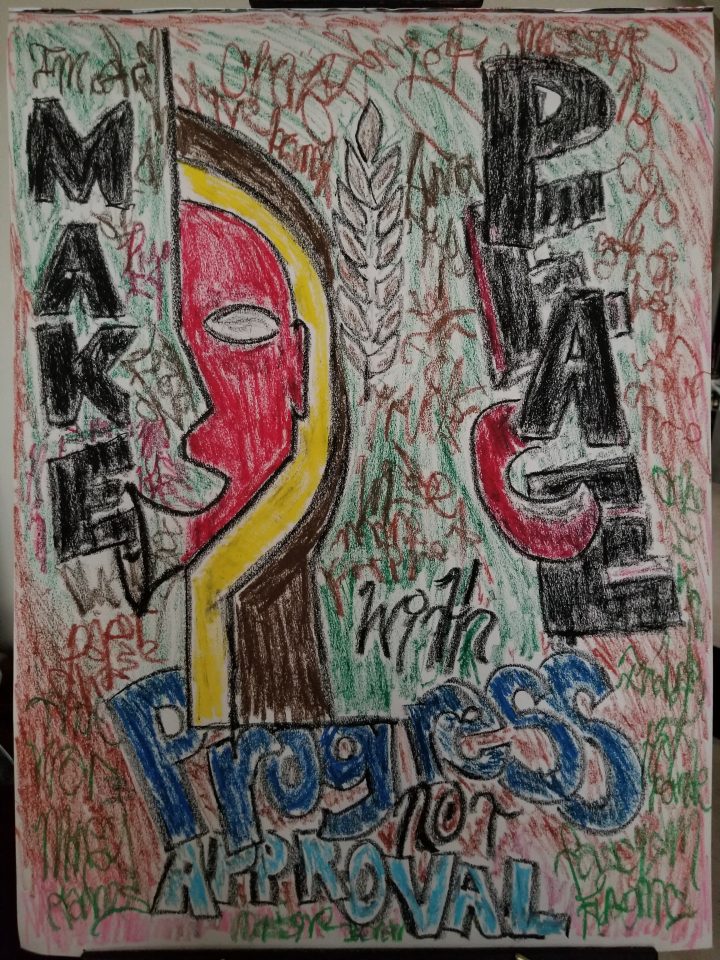 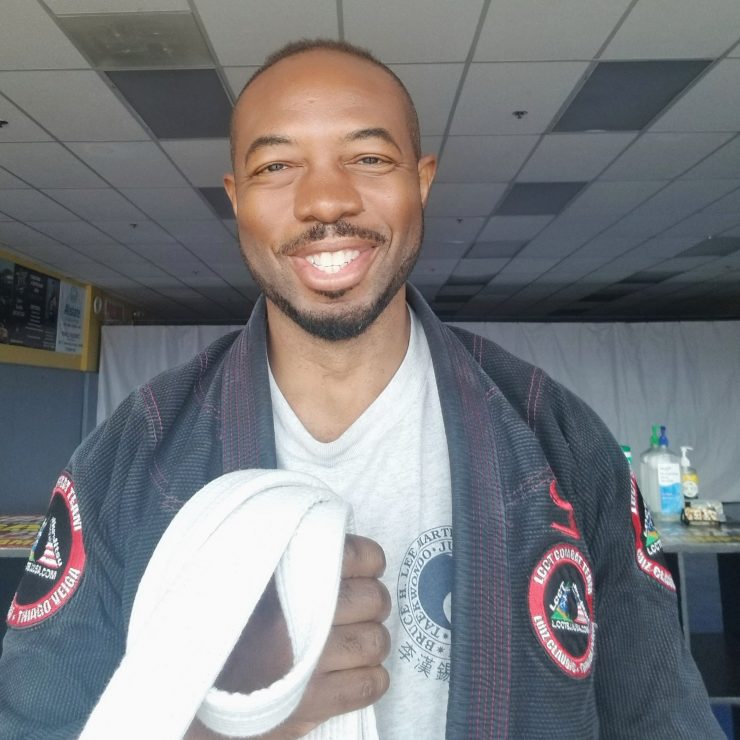 Israel Adesanya really caught my ear with one of the phrases he is now famous for uttering. The idea is not a new one for me, but to see it being applied at such a high level is inspiring.

I come from a world of martial arts, when they actually argued over which “style” was most effective 🤣 The conventional thought at the time also placed having a “Black Belt” extremely high on the scale of importance.

After having studied so many styles and figuring I was pretty tough, along comes JiuJitsu… the art where 13 year old girls can easily put a grown man in the hospital.

Being a glutton for punishment I also looked into Capoeira, and became hooked, because it’s all so difficult. Difficulty is where you’ll find growth.

An empty cup is the only one you can fill. All this means is: Sometimes knowledge gets in the way. Approach life like a beginner and you’ll always make progress. 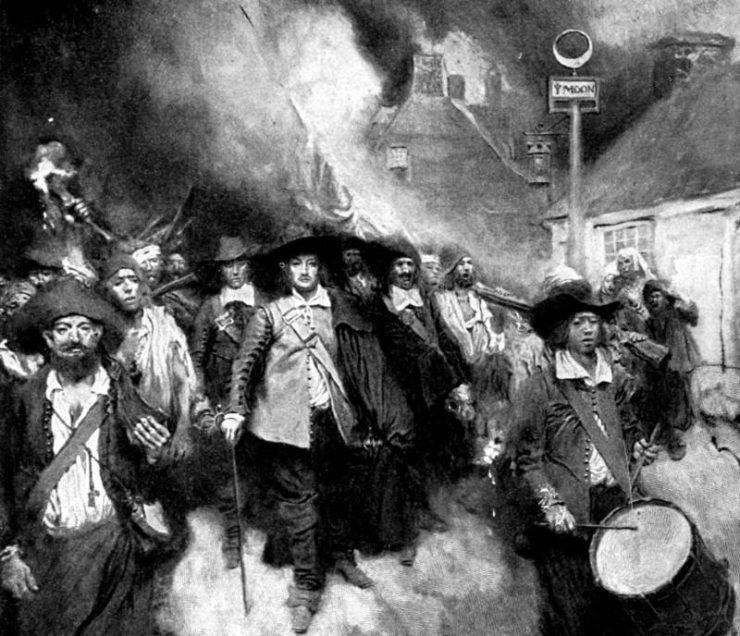 After almost 500 years of being on this land… have you ever wondered what makes us a color in AmeriKKKa, and not a culture?
Black / White / Yellow / Red what a JOKE.

Nathaniel Bacon’s rebellion took place in 1676. (100 years before the American Revolution)… Poor indentured servants, regardless of skin color, pretty much instituted a “purge”.. against the rich, and the Native Americans with whom the rich traded (furs and tobacco).

In order to keep this formidable union of disaffected laborers separated, the idea of RACE was conceptualized in 1681. Intermarriage was made illegal first. Then land ownership laws followed. The idea of indentured servitude was abolished and the African slave trade became the source of hard labor.

The “privileged”, White class was handed the whip as a legal means of controlling the labor. The idea of White Supremacy became the law of the land in Amerikkka, and it weakened the bargaining position of everyone… except the elite.

Some of you think it’s a sweet deal granted by White Jesus, but it keeps us out of the middle class, and you out of the upper class. Now as the rich get richer, the middle class shrinks. This is why there are so many Whites on welfare. They have relied upon their privilege alone to get them jobs, school entry, etc.

To all the ALLIES against all forms of oppression. This is why we fight. Do not let the foolish and misinformed tell you that an era of Black Supremacy is what’s to follow. 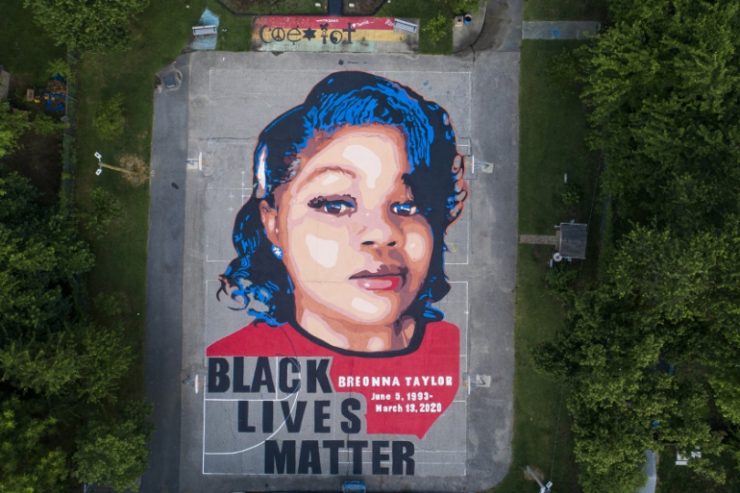 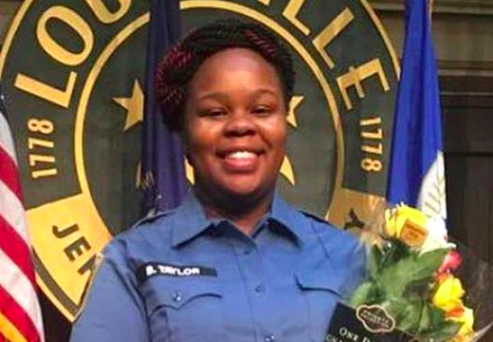 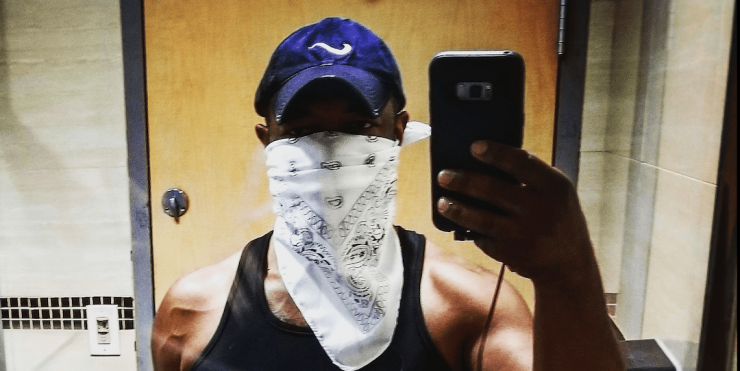 From the mouths of babes… I do quite a bit of writing, but it never occurred to me to compare similarities between the COVID-19 global pandemic and the protests currently lighting up the countryside. Whether it’s coronavirus or police kneeling on someone’s neck… they both attack the fundamental right to breathe. This profound expression was recently summed up in a choreography entitled “Prana :  Breath”. My daughter Asha, her friend Rekha and a cadre of mega-talented associates created this impressive production.

A most poignant spoken word verse accompanied the dance, punctuating the final minutes…
I am immeasurably honored that they asked me to voice it.

In this modern age of free expression it may seem like an oddity, but the girls faced quite a bit of pushback from the traditional community for creating this. It mixes a counter-culture aesthetic with new age soul and classical, Indian dance (both are students of Hema and Krithika Rajagopalan). I am immensely proud of the entire crew. This is something that definitely flies in the face of convention, but it’s a bold statement, made during a time when many people are either too angry, or too afraid to communicate effectively.
===-===-===
Virtual screening on Youtube, Facebook, IGTV
Fundraiser for The Okra Project  (an American grassroots collective providing support to Black trans, non-binary, and gender-non conforming individuals) 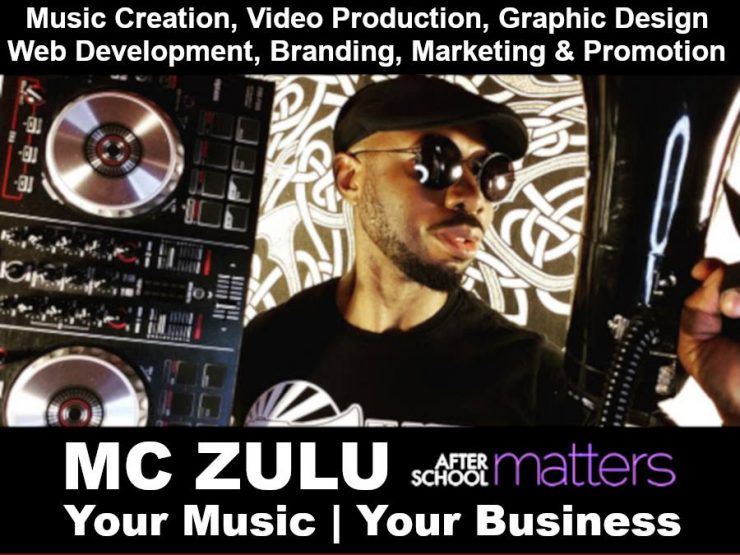 “Your Music Your Business” is a course on navigating today’s entertainment industry. Whether virtual or live, your presentation will need to be produced and directed towards an appreciative audience. We will investigate the various free utilities available to help you create your art and grow a fanbase. 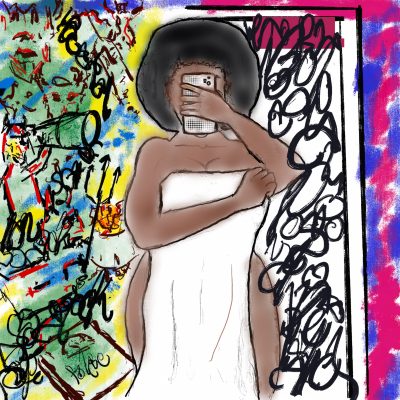